First time Blood Bowling Abroad… and why you need to give it a go too! Blood Bowl tournaments… They all have little nuances and rules variances to give them something of a USP, but ultimately they’re all pretty much the same aren’t they? So what’s the point in going to the expense of travelling abroad to play with toy soldiers? Surely that’s just an unnecessary expense, right?  WRONG!!!

In mid June I travelled to Lutece, a BB tournament in Northern France and my first foray in to the European scene… safe to say it won’t be my last. I won’t bore you with my actual BB experience too much, I took lizards and had a tough time with a slightly silly list (literally having taken Slibli and not enough refills) going 2-0-3. Instead I will concentrate on my expectations vs the realities and try to convince you, fair reader, that everyone should have a go a bit of #europeannerding – it’s going to catch on I know it!

Getting organised and signed up

For this tournament we went in a team, 5 of us signed up with veteran European blood bowlers Wulfed, Jbone, and Lycos, being joined by may self and Thor (of Thrudball fame). Wulfyn did the organising and I’d certainly advise this approach, we’re a pushy lot and all think we’re right when it comes to such things so leaving it all to Dan to sort, utilising his experience and local contacts, simplified thing for this first timer (I just paid the bill at the end, eventually!)

Having said that, travel to Europe is far from difficult to arrange (for now at least) so don’t be too put off, air BnB have some great and affordable accommodation, tournaments often have their own sleeping arrangements too, and then it’s just a case of working out the travel logistics.

Ultimately going to a team tournament on the first outing was a key confidence builder, you’re guaranteed a cracking time (#bants) and will have the reassurance of people you know tagging along. 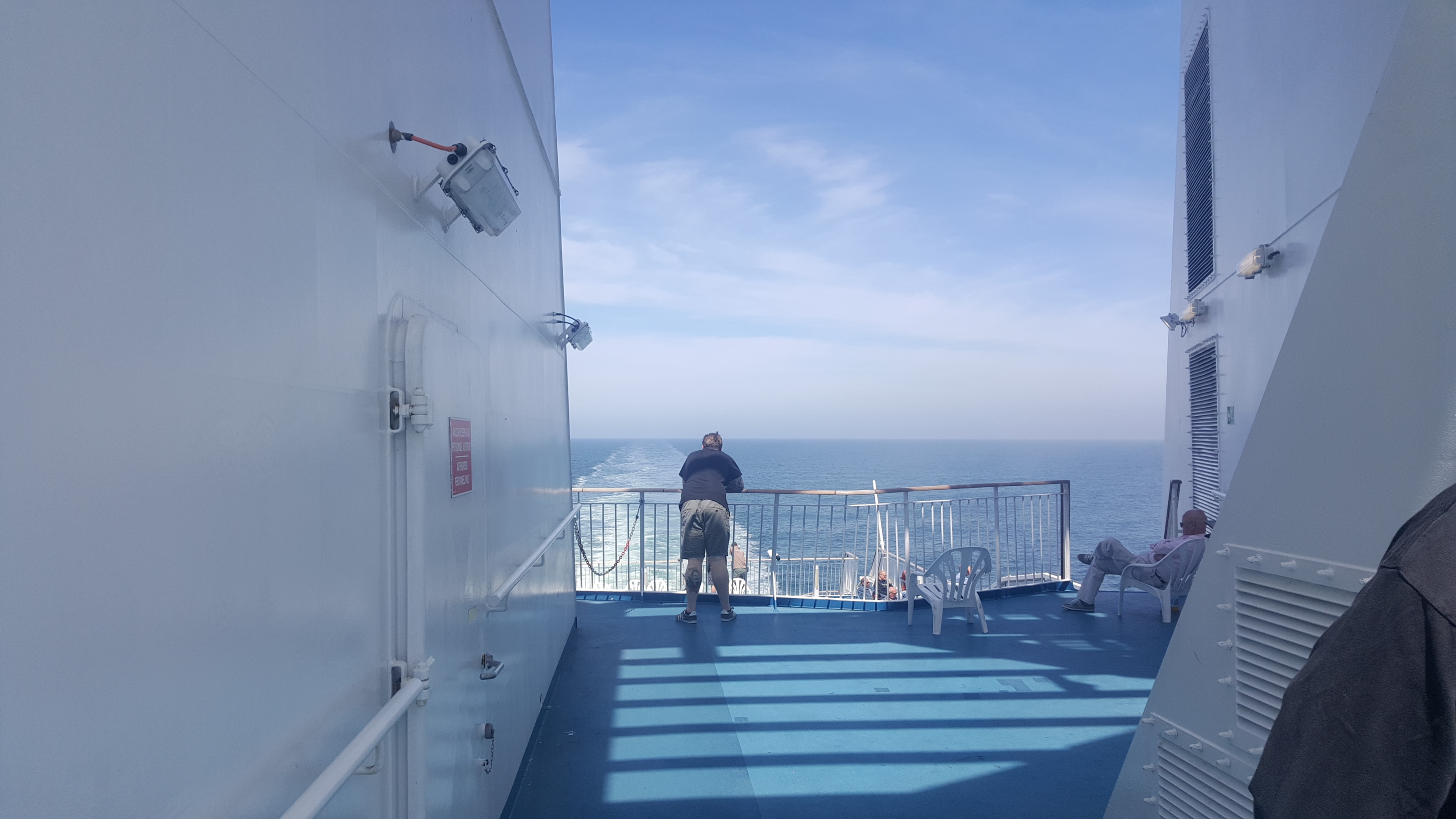 Waking up at the crack of JBone. 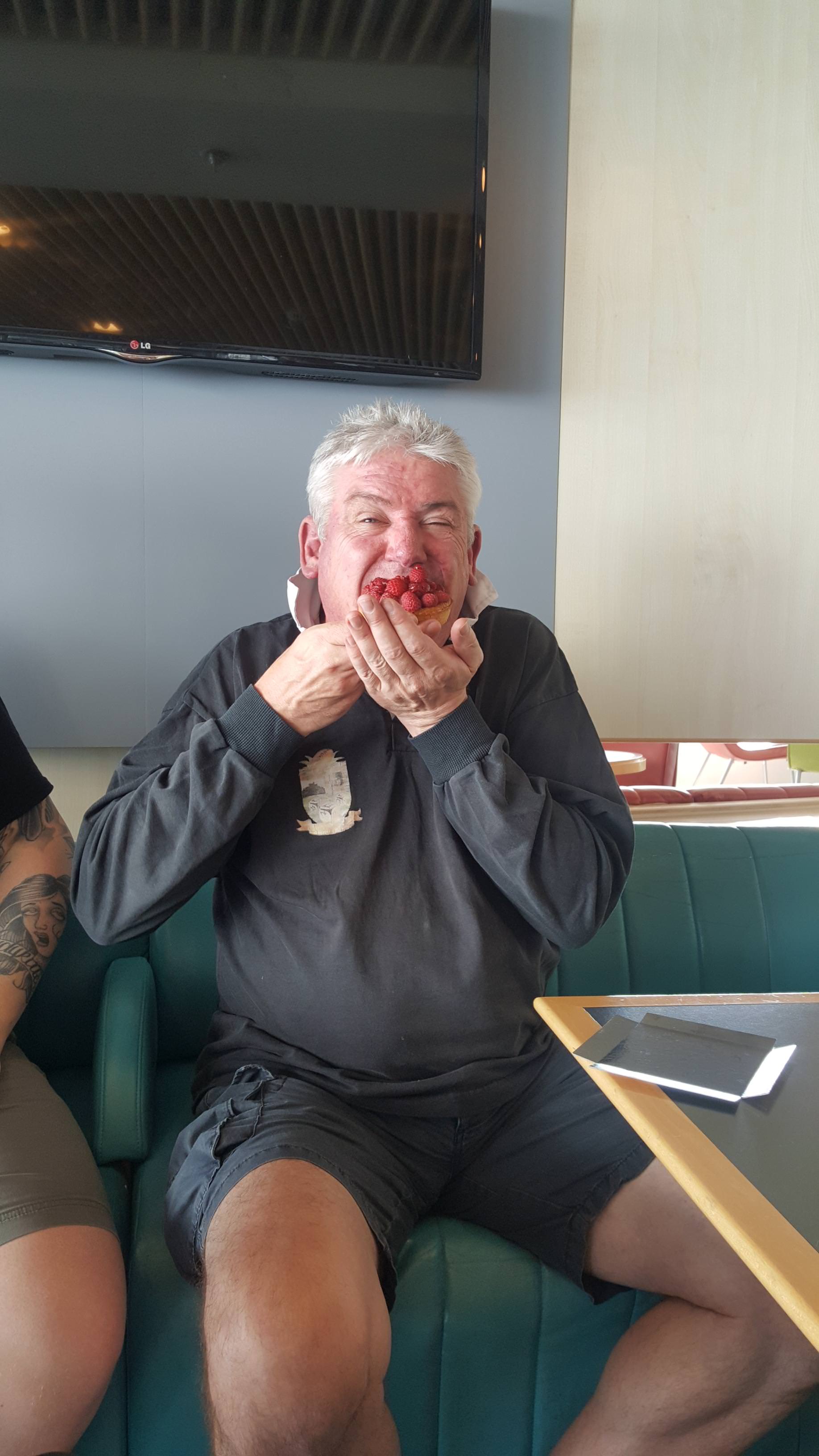 We chose to take the slow boat over the channel because of Andy Thor’s locality to the port and the short drive on the far side. This was fun on the way out as we had split the travel over two days and were able to play a lot of board games on the crossing. However, coming back it was fairly , 18 hours for me door-to-door, so next time I think I would go with a flight and short term car hire for slightly higher cost. 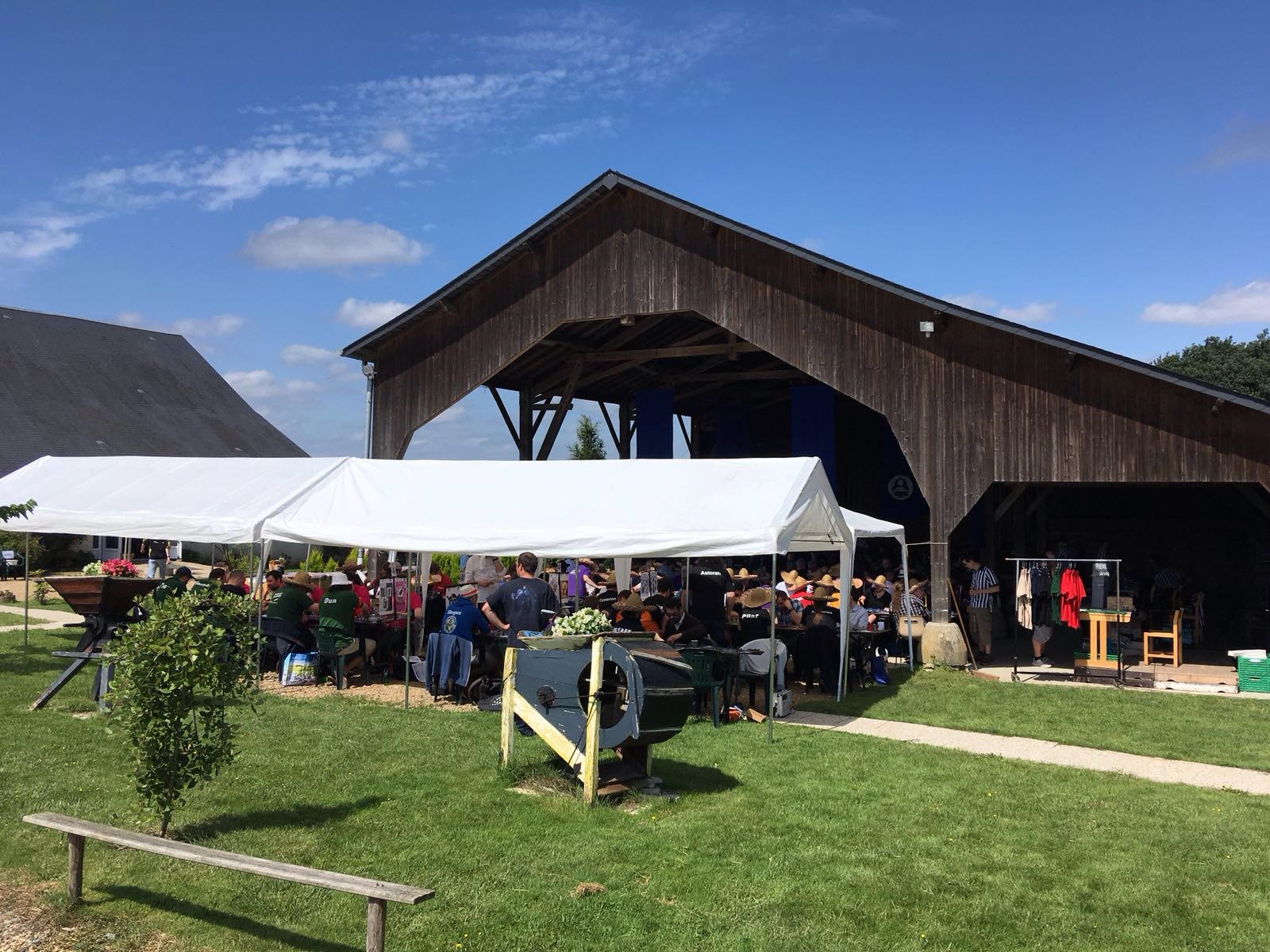 The venue with an extension!

Naturally this is a review of only a single tournament so it cant be applied to all, but the organisation and care to ensure you have a cracking time was amazing. From supplying you with hats if you were in the sun, to the use of team logos on little hangers to signify the table for your next match up, most things had been thought of. The referees also made sure to give out most instructions in English. 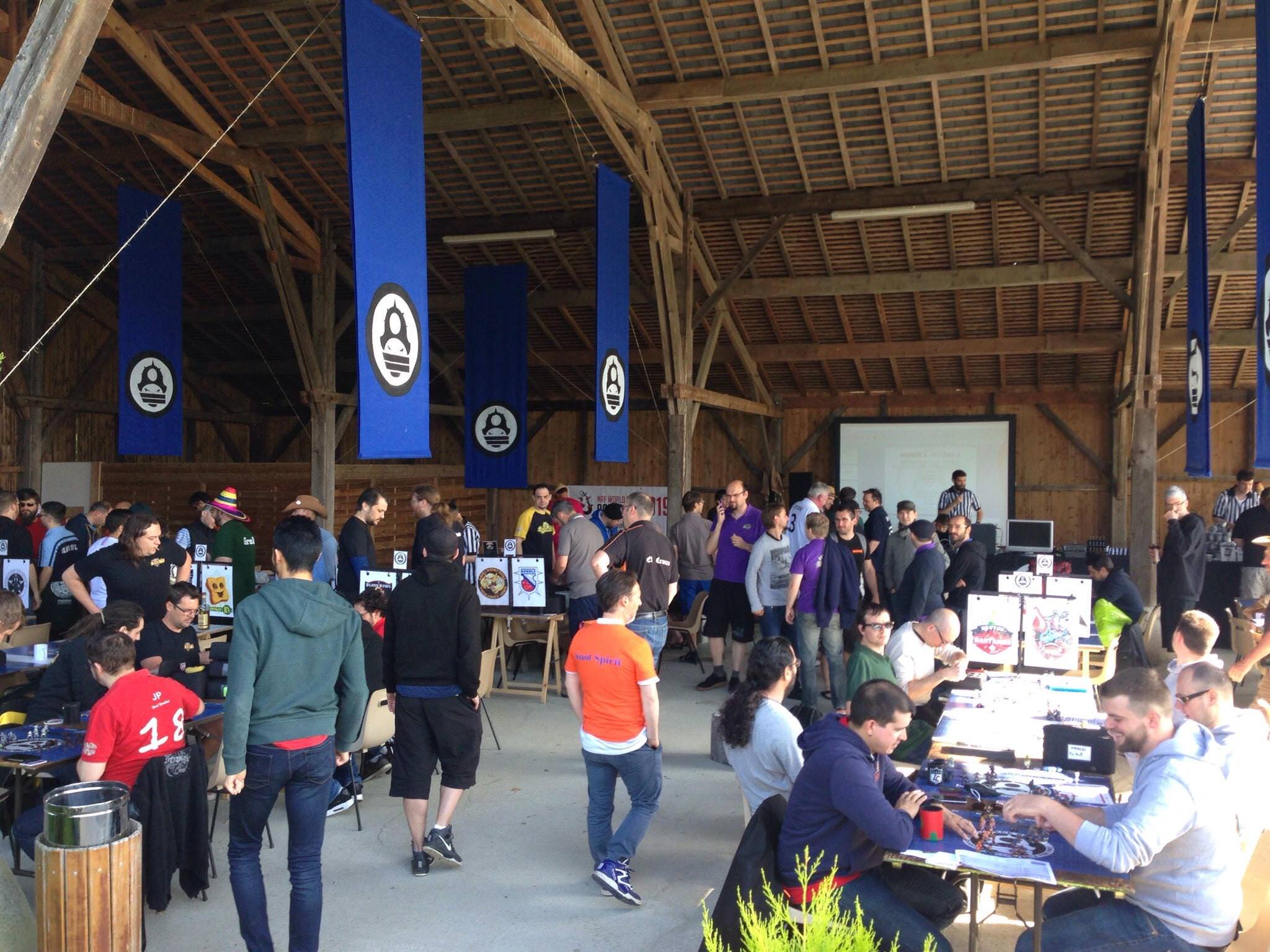 Mass catering has never been a strong point in the UK but you are in for a treat on the continent. We ate like kings and arguments over bananas were a distant memory.

Liquid refreshment is also aplenty, in this case very cheap beer, which served to ensure for a very jovial atmosphere throughout. Just some of the amazing patisserie available too us, I didn’t photo the BBQ, Beef Bouguignon or Dauphinoise!

Including food, travel, accommodation and my tournament ticket Lutece cost me approximately £250 for the long weekend. This includes my additional travel from Stoke by car to Portsmouth. Granted this is quite an investment in comparison to a £10 local one day tournament, but we were away for 5 days so comparisons are a bit daft, ultimately it was a holiday with mates 🙂 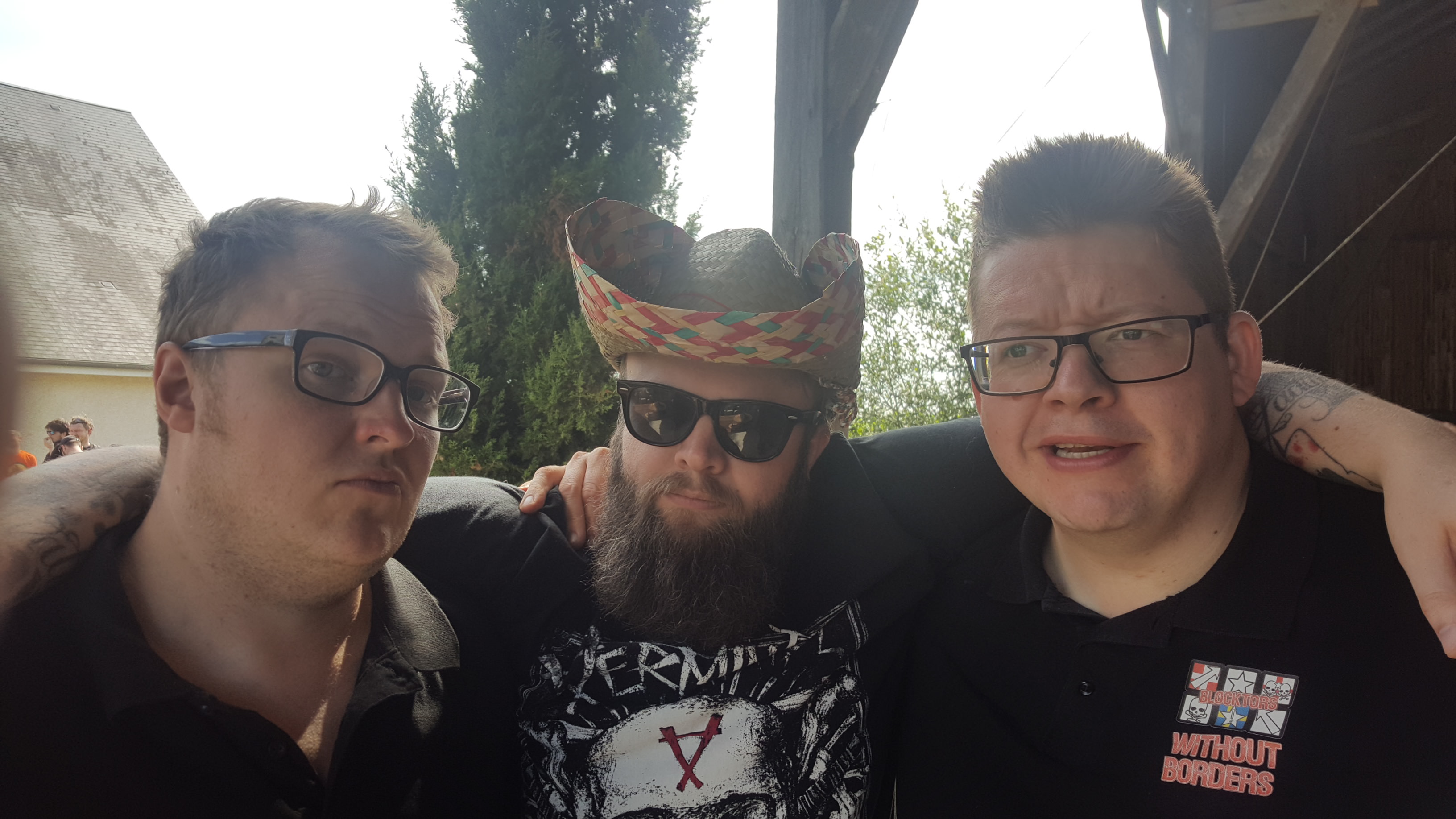 The Good, the Bad, and the Ugly (in reverse order)

Learn to count to 8 (unless you’re using Skaven!) and learn a few of the basic skills and you are golden. Blood Bowl is an international language in its own right, and rest assured the referees will be bilingual if there are any issues that need to be resolved.

Also you’ll sound like an absolute dude by the end of day two, “esquive en force” is far superior to break tackle. 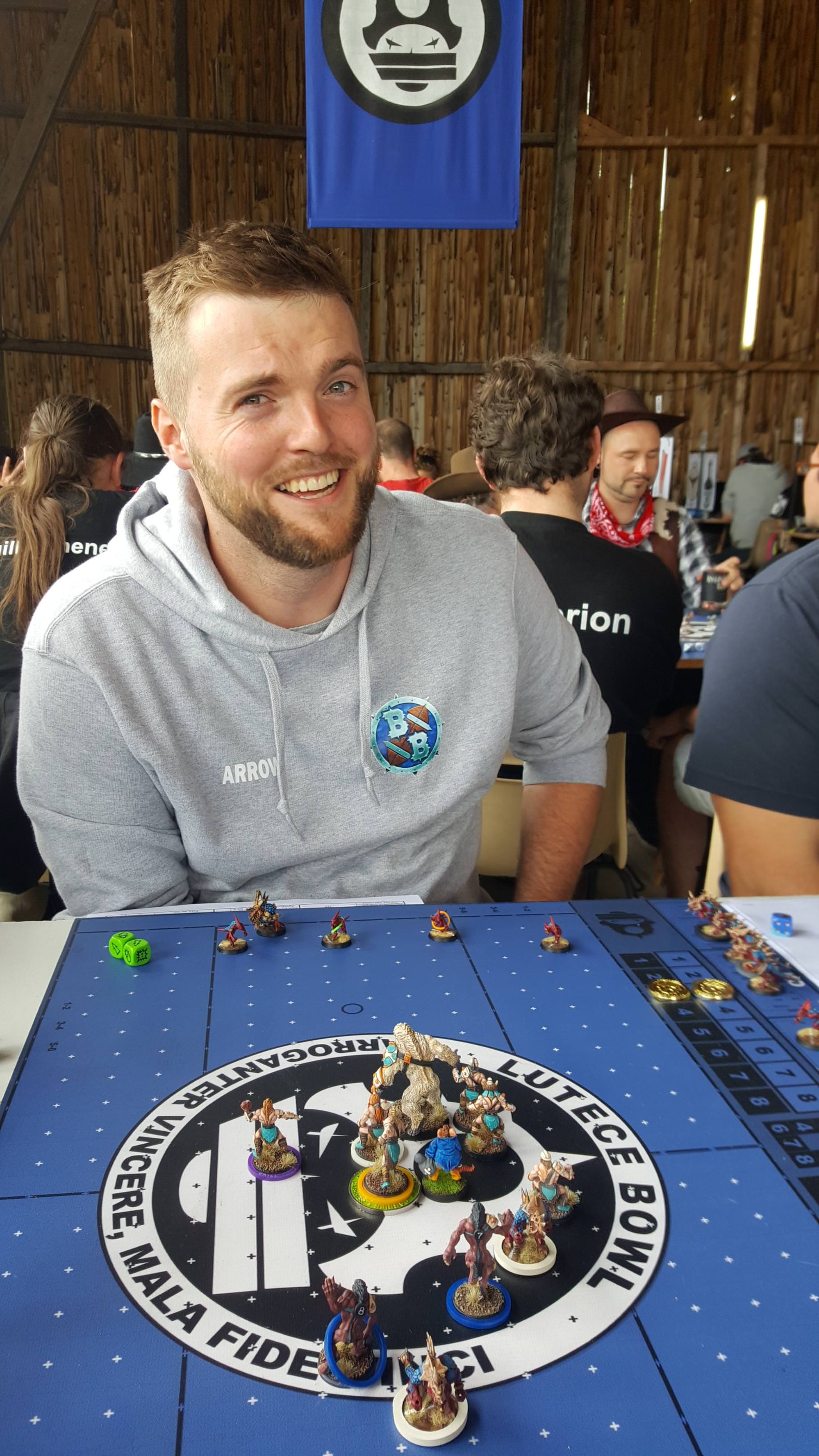 Language barriers don’t matter when you’ve taken off 4 of your opponent’s Saurus by turn 4!

This is where I will talk a little about the blood bowl. The French are really good! All five games were super competitive, there was no “chump surfing” or easy match ups and the team builds were consistently very competitive too, little/no stunty teams, lots of roxy amazon builds.

This made the experience all the more great for me, I learnt loads, tested myself against some great players and had 5 very close games, all of which where real arm wrestles of positional skill and risk mitigation. Honestly I was quite pleased with the fact that the 3 games I lost were all by a single point, and were all avoidable, personally there is nothing worse than feeling utterly out of your depth, but I’d say I felt comfortable within the competition and offered a tough(ish) challenge to my opponents.

As a team we did Ok too, finishing 19th of 40 teams and all having the usual rollercoaster of Nuffling experiences, lots to build upon and also great to be around a competitive team. The Sunday morning pep talk I got from Wulfyn (as I started to wobble a bit) will stay with me for sure! 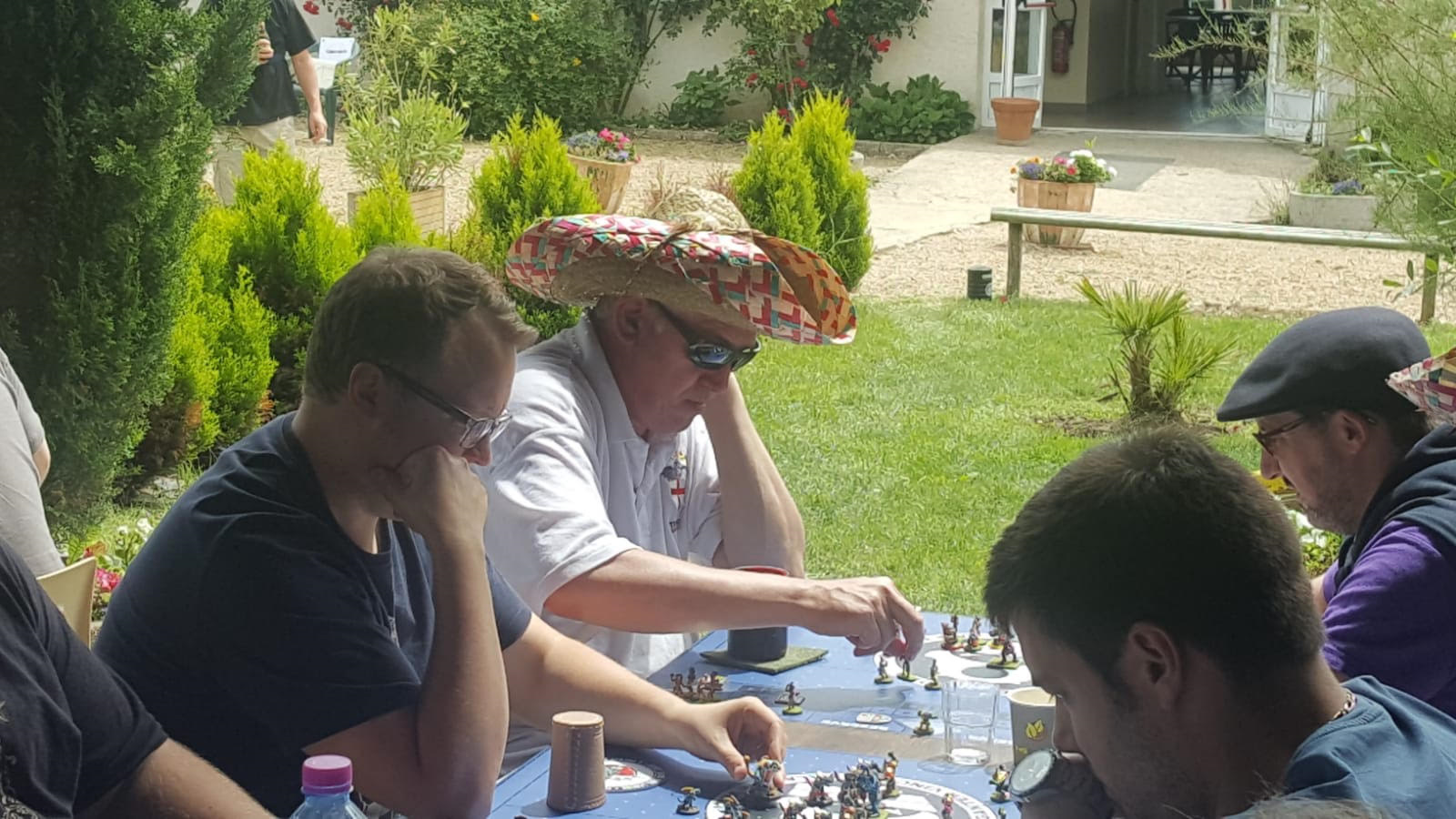 Life is good on the Costa del Lycos

Not really sure how to conclude this little ramble, hopefully you found it reassuring or inspiring enough to want to take the plunge yourself. Obviously with the World Cup coming up next year it’s likely many will, but I’d just say don’t view that (unquestionably exciting and well attended event) in exclusivity from some other really interesting, unique and extremely fun BB experiences available right across Europe throughout the year! 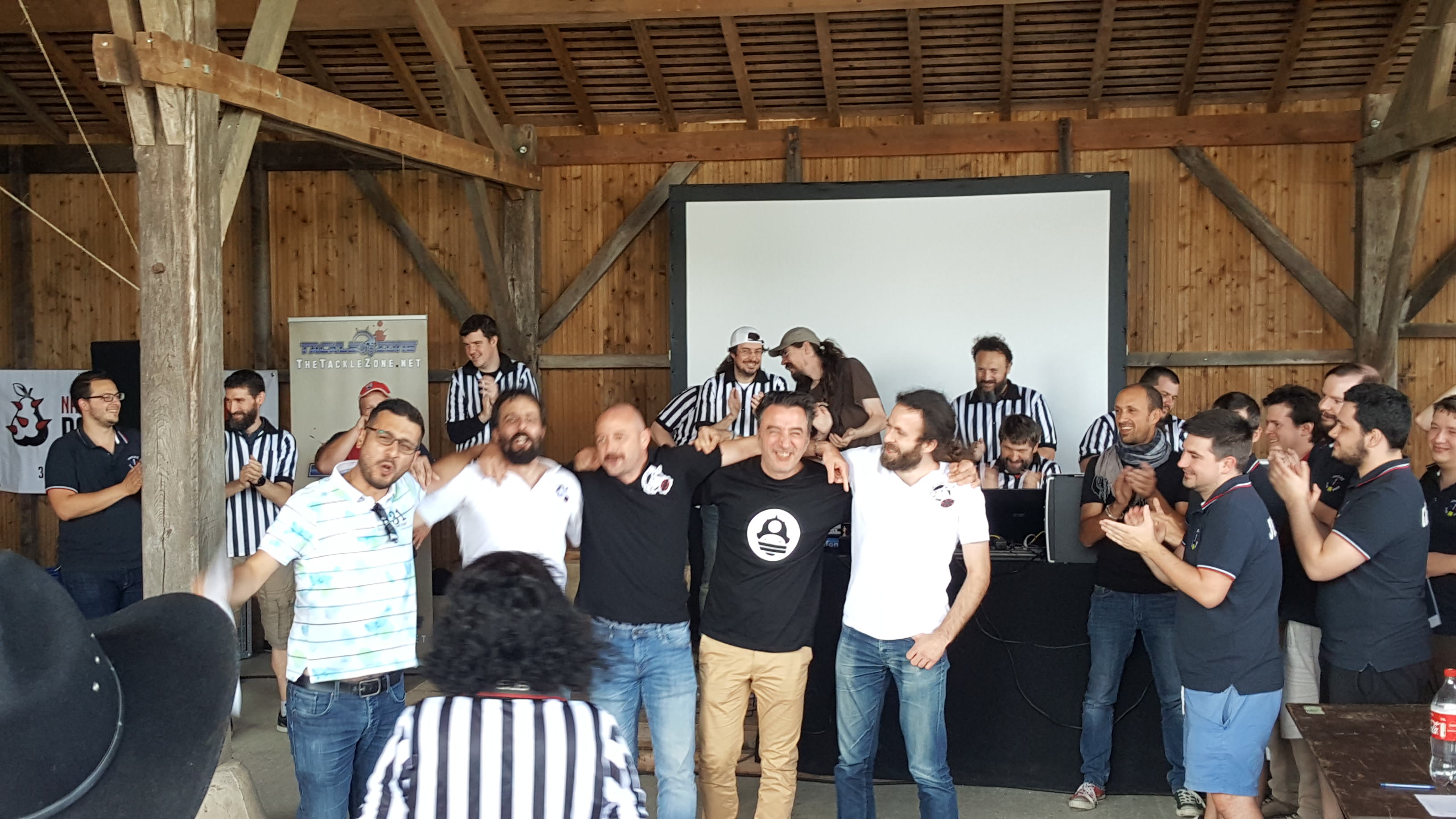